Who knew a quiet school teacher from British Columbia would “coin” the phrase that everyone uses…to this day? 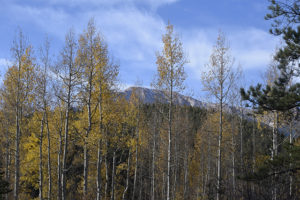 Who knew the sightings of the 7 to 11 foot tall humanoid with long arms and boasting a coat of brown/red fur would continue…to this day?
Who knew a “creature” would score more movie and television roles – from documentaries to comedies; from horror films to reality shows – than this still unproven being…to this day?

Yes, we are talking about the Sasquatch (AKA: Wild Man), who is more popular “this day” than he ever was before. It is important to note, however, that the stories about his existence appeared long before the legend. Many witnesses claimed to have set eyes on this myth as he walked through the forest…his stride bent-legged, head tilted forward; yet apparently missing the clear, concise look on his flat face telling them all to basically: “Get the heck out of my forest!”

“Bigfoot” has grown, causing more and more people to try and prove he doesn’t really exist. People have even wasted their time trying to reproduce the creature’s walk, stating that any human dressed in a suit of fur on stilts could do it. Two things came from these experiments: 1) Over extended periods of time they were unable to do what “Bigfoot” managed quite easily in his film debut; and, 2) No one was ever able to answer the question, “Why would someone want to wear a fur suit and walk around a forest on stilts?”

But even with all the jokes that can be mustered and all the debunking that could be done, no one has 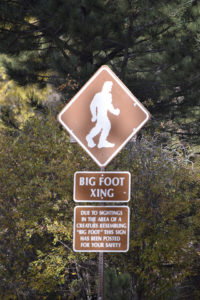 ever been able to prove false the stories of the ape-like creature roaming the forests of North America. As far back as when the Native American tribes began in certain areas, cave paintings have been found that prove “Bigfoot” dwells in them thar’ hills.

No one has ever debunked the 1811 account made by David Thompson who, while mapping regions of Canada and the United States, spoke of Washington State and the local Native American tribe there. He stated: “(Spokanes) believe in a race of giants which inhabit a certain mountain off to the west of us.”

These giants were covered in hair and would steal salmon; and…yes, people while they were asleep. The only evidence they left behind were footprints that the Native Americans stated were at least one and a half feet long.

1957: Albert Ostman tells the world he was “stolen” in his sleep in 1924, by a Sasquatch and held for six days. (Did he eat pilfered salmon? That’s not known.) What is, however, is Ostman’s Solemn Declaration given under oath that he felt like someone was carrying him while he was sleeping. When he woke up, he could see eight foot tall Sasquatches with long arms and hairy bodies. Apparently, they were very nice, considering Ostman said they lived like a family, much like you see in a modern ape clan.

But, with all the good, must come the bad…

1924: It was called “Ape Canyon.” Apparently the “wrong side” of the ape family (perhaps the pilferers of all those salmon), came upon a prospector named Beck and four others. One day, two of the prospectors headed to a nearby spring to collect water and stumbled across a hairy humanoid, seven feet tall (the runt of the litter?) attempting to hide behind a pine tree. (Much like a water buffalo attempts to hide from an overzealous hunter behind a blade of grass.) Here, the creatures were dubbed “Mountain Devils” by one prospector. (“Bigfoot” seems to have had more names than Elizabeth Taylor had husbands). The head of this little prospecting gang who said he was a clairvoyant (what a surprise) claims he shot one in the morning as the creature stood on the edge of Ape Canyon; collapsing, the beast tumbled down into the gorge four hundred feet below. He believed the creatures were of supernatural origin. Which means, of course, the body will never be found. (Heck, even Roswell’s UFO crash victims were kind enough to leave some ‘odd looking’ evidence behind.)

But whether you believe the tales or not, the one thing the Sasquatch Research Unit can refer you to is those footprints.

1950: Discovered almost daily in a place called Bluff Creek, California, here was where the first “step” was cast and “Bigfoot” was born.

1969: A trail of one-thousand footprints led through the snow in Bossburg, Wisconsin. 17 inches long, researchers reported a deformity in the right foot. (“Bigfoot” turned “Cripple Foot.”)

1982: Footprints discovered in Washington State looked a bit odd, showing fingerprints for the foot, similar to that of a primate. After a great deal of study, many in the scientific community (not clairvoyants, mind you) concluded that these prints could never have been faked.

The footprints keep turning up. “Bigfoot” lives on. And the Sasquatch Research Unit will continue to uncover the truth.

Why? Because the truth IS out there!

Stop by and check out the Sasquatch Research Gear