Not only is it a National Park, but Mesa Verde is also a well-protected UNESCO World Heritage Site, being the largest and most amazing archaeological preserve in all of the U.S..

It was President Theodore Roosevelt who, in 1903, called for protection of the area and created the Park. With some of the most well-preserved cliff dwellings in the world, our President sought to make sure all future generations would be allowed to explore, learn and view the incredible ‘first works of man’ that originated there.

Montezuma County, Colorado, is the home of this incredible past; a past that shows the ingenuity, 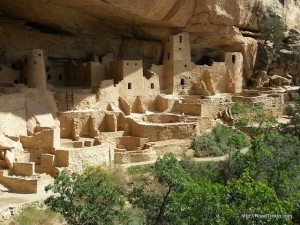 abilities, and culture of our earliest ancestors. Near the ‘Four Corners’, ruins of homes and villages actually built by the Ancient Pueblo people (sometimes referred to as the Anasazi), is where one and all can view this stunning area with over 4000 archaeological sites and over 600 cliff-dwellings that truly show the evolution of Man’s mind.

Through various archaeological evidence, it is said that the Anasazi inhabited Mesa Verde between 600 and 1300. The villagers worked to grow crops. Hunting was also the career of the men, while the Anasazi women became truly famous for their amazing and elegant basket weaving. Pottery is also famous when it comes to Anasazi artifacts, and the people – unlike most throughout history – left no actual written record for geologists, naturalists, or adventurers to learn more about them, allowing them to stay somewhat of a mystery. 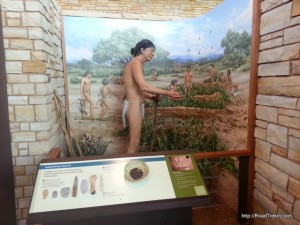 When it comes to Mankind, architecture is but one of the things that have evolved throughout time. Mesa-top villages were the homes that came first in regards to the earliest of Americans; however, the idea of cliff-dwellings soon began to grow, and the Mesa Verde people were the ones who are best known for the creation of them.

Touring Mesa Verde National Park is like going back through time; seeing how Man lived and invented these structures built within caves and under outcroppings in cliffs. Heading into the structures, visitors get to view these first accomplishments. The blocks of hard sandstone, held together and plastered with adobe mortar that were the ingredients for cliff-dwelling construction, are amazing to see.

The architectural forms are stunning; everything from kivas to towers to pit-houses have been found. However, the size of the dwellings are incredibly varied. What helps when attempting to put together the lives of the ancients, are the decorations and motifs used in specific cliff-dwellings. From T-shaped windows to oddly shaped doors, evidence found shows that these additions are actually a part of the extremely spiritual culture that the people practiced. Life was a wave of family and honor – honoring the spirits of both land and sky that watched out over the past.

One extremely interesting location to see at Mesa Verde is the Balcony House. With 40 rooms, it offers evidence of how room and passageway construction evolved throughout the centuries. And today, the tunnel, passageways, and 32-foot entrance ladder make Balcony House one of the most adventurous cliff dwelling tours in the park. (Not to mention, one of the coolest).

Cliff Palace is the largest. With over 150 rooms and 23 kivas, this particular cliff-dwelling was home to 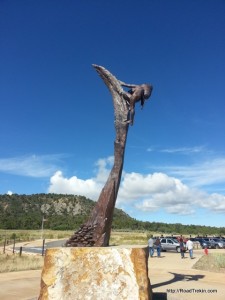 100 people. Quite a palace considering that out of the nearly 600 cliff dwellings inside the Park, most only contain 1-5 rooms. Believed to be extremely spiritual – as if the hub for the entire tribe – Cliff Palace is seen in 2014 as being the place that served as the social, administrative, and ceremonial building.

And when it comes to ceremony, the beauty of Sun Temple in Mesa Verde National Park is incredible for the viewer. Some believe the building was never completed; however, the size and the incredible detail in the construction certainly means that the cliff-dwellers wished to use the site for honoring and practicing the beliefs and faith of their people.

When it comes to the ancient world, it is amazing for present-day people to learn about the realms that existed long before they ever arrived. A world thrived in every century…and each world brought about advancements that would create the very foundation of everything we know today.