Colorado Trail, for those who don’t know, is truly unique. No, it cannot boast being the longest, highest, or even the most historic in the U.S. What it can claim, however, is the one very important attribute that draws explorers, hikers, horseback riders and avid lovers of the Great Outdoors to its’ beginning: The Colorado Trail is startlingly beautiful. In addition, it was created by “everyday” people who wished to keep the landscape unscathed. And they did their job perfectly, seeing as that it’s now regaled as being one of the most stunning trails in America.

Passing within climbing distance of the continental United States’ second highest peak, Mount Elbert (14,433 feet), and crossing the headwaters of the Rio Grande, the Colorado Trail takes six to eight weeks to complete, if looking to hike its entirety. Of course, you don’t have to take up that huge challenge. Whether planning a day-hike, bike ride, horseback ride or a multi-day trip, what you can plan on is to experience some of Colorado’s greatest backcountry available.

With dozens of access points to the 567 miles of trail, one can “pass through” six National Forests, the same number of wilderness sections, traverse five major rivers and be able to choose to see and explore eight of Colorado’s amazing mountain ranges. From beginner to expert, the trail offers something for everyone when it comes to the range you can explore. Elevations run from a low of about 5,500 feet at the Denver end of the trail, to an amazing height of 13,271 feet in the San Juan Mountains. The dramatic rise and fall of the stunning landscape has hikers challenging themselves to traverse the entire thing. What keeps them walking, however, is not the challenge. It is, in fact, the memorable sights and sounds they come across as they take in the unforgettable flora and fauna that covers it all.

Picture the wildlife and wildflowers that abound. And when looking for that absolutely breathtaking view, simply picture the many areas where the trail reaches above the timberline and allows a person to, quite literally, feel as if they could reach the heavens from their place on Earth. And the star-filled skies at night match the glory of the days perfectly. 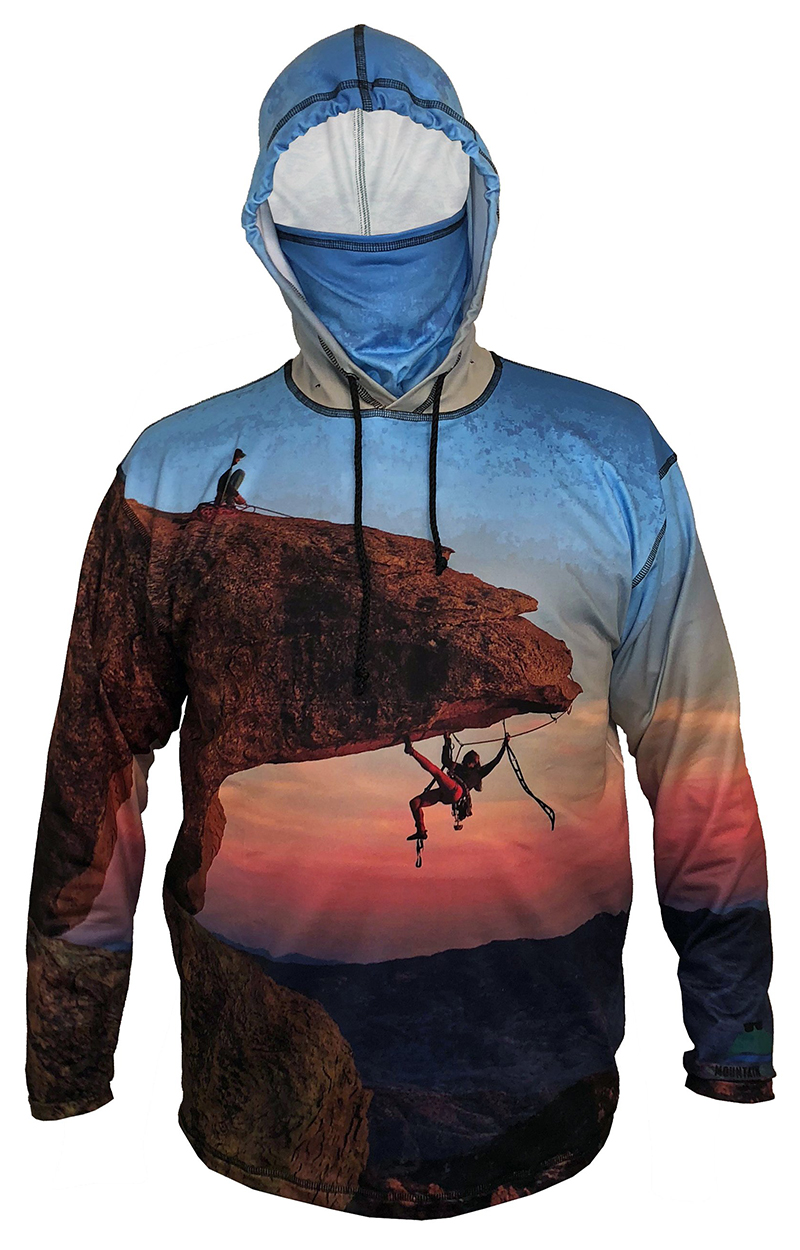 Put on Adventure, our Sun-Pro Hoodie will leave you in complete comfort while on your next big climb, run, hike or a day on the water. Get a Yours Click Here:

For the historical buff, the number of mining towns set along Native American trails show a completely different world. Much of which looks the same as it did over half-a-millennium ago. In these and other places, the trail lies almost untouched; the western half offering even greater vistas and a wealth of wildflowers between Monarch Pass and Durango.

Brought to life by a Forest Service ranger named Bill Lucas (known to be the “father” of the trail), his idea for its creation was to lure people away from Colorado’s more heavily-used wilderness areas. He wished to stop the destruction that was happening to the forests that make the State a place of peace and refuge for both animals and people. With the help of Gudy Gaskill, (referred to as the “mother” of the trail), this mountain woman worked hard and brought together many volunteers to build it. It is because of these two beloved people that the trail became complete.

The first to call the land home were the Utes. Often referred to as the “dwellers of the turquoise sky,” the Utes lived in the Colorado Mountains and hunted the trail when Spanish explorers first came to the West. Having the devout belief that it was wrong to scar or deface the earth, the Utes were driven from the area when building began just a few decades later. The remnants of that active time still exist today—from railroad grades to wagon trails; logging roads to ghost towns, these sites continue to be admired on the trail.

The bristlecone pine, a twisted tree that may just be the oldest on the planet, is among the many varieties that can be seen on a hike or ride. Offering hot springs, cool rivers, and snow-capped, jagged peaks under a deep, blue sky, it comes as no shock to learn that most visitors to the trail go back again and again, making it one of the “Must See” places on their yearly lists.

When it comes to trail conditions, they vary wildly from year to year, depending on the temperature and amount of snowfall. However, parts of the trail below 9,500 feet are generally clear from May until November; above 9,500 feet, from mid-June until early October. When it comes to June, July and August, the optimal visiting time, visitors can enjoy usually sunny days in the 70’s or 80’s. When September arrives and the aspen begin to turn the stunning shade of gold, the temperature is likely to be in the 60’s and 70’s during the day, but any night can see the temperature drop into the teens.

What should always be remembered is that the uniqueness of The Colorado Trail is the fact that no government decree brought it into existence. It took the passion of thousands of volunteers to breathe life into the project, and those people who were truly interested in making sure Colorado’s stunning mountainous areas remained intact, deserve everyone’s thanks.

For more information, amazing guidebooks, and detailed maps, visit the Colorado Trail Foundation at www.coloradotrail.org. Now is the time to “walk” among the beauty and peace that is, most definitely, Colorado.